Népal : Island Peak (6189 m.) and the Khumbu
The main difficulty for climbing up to 6000m is the altitude acclimatization, which requires respect for all yours personal levels and taking your own time. This is what we'll do when ascent the main valley of Khumbu up to Kala Pattar (55,454 ft.). We then cross the Col du Kongma the (5534 m.) on the village Chukung to reach our base camp. The summit that we are going to climb, here is called Imjatse. Back to Namche Bazaar, the capital of the Khumbu, and then to Lukla. Back to Katmandu by plane.

Level : Technically not difficult, by a good physical condition is required

Date : to be specified later 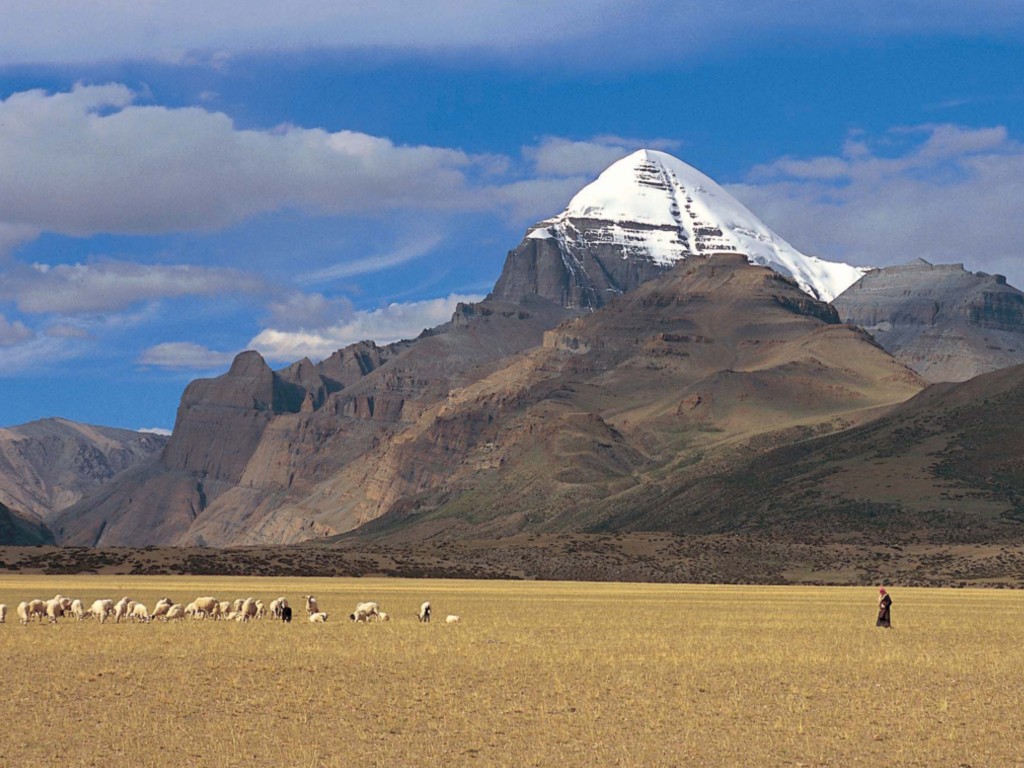 Located in the wilds of Tibet, Mount Kailash has remained unknown to the Western world until the nineteenth century. Regarded as the world center by four of the major religions of Asia, it is the subject of great reverence for thousands of pilgrims.
Far from any town, Mount Kailash rises on the desert plateau of Chang Tang, at the western end of Tibet. Only mountain to reach this altitude (6714 m), it stands isolated, without any other surrounding peaks. Rectangular shape, its base form an almost perfect square that draws from ancient times, not only Buddhists and good (in Tibet and neighboring countries), but also Hindus and Jains (of the Indian peninsula). The pilgrims make the turn, each in his venerating deities. Forbidden to climbers, the summit remains inviolate.
The pilgrimage circuit, called khora, stretches for 54 km. Beginning at Darchen (4575 m), it rose steadily to the pass of "the Dromla" (5670 m) before dropping back to its starting point
The originality of this program is to reach the Kailash from the small town of Simikot, located in Western Nepal, up the Karnali river in a week's march