Created by the King Victor Emmanuel, the Natural Reserve of the Gran Paradiso was the first of its kind, we came across ibex and chamois in large numbers. From Chamonix, two days in a wild place by the rythm that you skin up; the ascent of Gran Paradiso (4061 m) doesn't presents any technical difficulty. 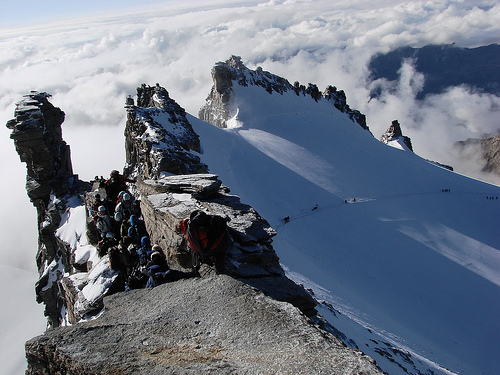 Day 1 : meeting in Chamonix on Saturday at 10am in front of the train station (SNCF). Driving tranfer to  Val d'Aosta, then to Val Grisenche until the village of Pont (1900 m) and climb up (3h) to the Refuge Victor Emmanuel (2780m).

Day 3 : climb (2h) to the Cole di Montcorvé (3294m), tehn after cross to the summits of Ciarforon, Becca di Monclair and the Cime du Breuil until the Grand Etret Glacier. From there, climb (1h30 to 2h) until the Col du Grand Etret (3201m) and descend again trough the glacier, and along the Seuva Valley until the Pont village. Back to Chamonix around 18h.